END_OF_DOCUMENT_TOKEN_TO_BE_REPLACED

At the last SHRM event in Chicago, the most popular vendor had to be Careerbuilder’s interactive booth. HR pros lined up like kids waiting for a Disneyland ride. Sure, we had to spin a wheel for a give-away, but what really held our attention was the video of a mobile experience that leverages AI, augmented reality, gamification and hyper-localized search to revolutionize recruiting. END_OF_DOCUMENT_TOKEN_TO_BE_REPLACED

The creative industry has long been thought of as “fun”; you get to work in music, entertainment, design, marketing, advertising, technology and branding to name a few. The creative space is our market and we see how our clients are innovators not just in their products but also in the way they recruit their next team member. Much like selling a product, the concept of hiring the best means they want to gain competitive edge by differentiating themselves from the outset. END_OF_DOCUMENT_TOKEN_TO_BE_REPLACED

I have worked on talent teams in many companies over the years and noticed that on the whole, most employees are successful and driven. Yet, the differentiator driving one company to succeed over the other is innovation.

Innovation comes from diversity. Diversity is including employees with new ideas and different ways of thinking. A recent EY report confirms that diverse companies are 35% more likely to have financial returns above the national medians for their industry. END_OF_DOCUMENT_TOKEN_TO_BE_REPLACED

As an HR professional, one gets multiple requests from salespeople of HR technology companies to choose their platform over competitors when it comes to Performance Management. Performance management is a process that provides the employee feedback and promotes their effectiveness.

Michael Armstrong, in his Handbook of Performance Management, 2009 described it as “the continuous process of improving performance by setting individual and team goals which are aligned to the strategic goals of the organization, planning performance to achieve the goals, reviewing and assessing progress, and developing the knowledge, skills and abilities of people”. According to BambooHR, 70% of HR professionals feel performance reviews are very valuable, but only 34% of non-management employees feel the same. In the recent years, HR technology systems such as Trakstar, ClearCompany, SuccessFactors, and Namely have helped lift the administrative burden of appraisals from managers but for Performance Management to continue to be effective there are additional factors organizations should consider. END_OF_DOCUMENT_TOKEN_TO_BE_REPLACED

A Forbes article named 2018 as the year of employee experience, or EX: “Anything that sets employees up for success or improves our culture should be a part of EX.” Forbes.

Which makes me think of when, as an HR leader, I managed to do exactly the opposite of creating that positive candidate experience. END_OF_DOCUMENT_TOKEN_TO_BE_REPLACED 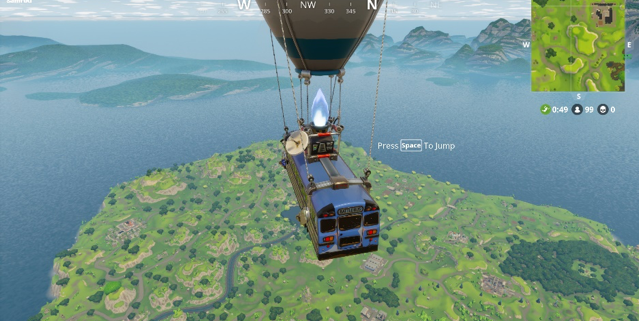 Earlier this year we wrote about the war for talent and the top ways to be agile in recruitment. Circling back to this topic, we’re bringing you even more insight. We reached out to our network of industry experts and asked for their thoughts on how else to come out on top. To gain perspective around this topic, Peoplescape Consulting Group gathered research and opinion from influencers in the area to enhance understanding of the status quo on finding and landing hot tech talent. END_OF_DOCUMENT_TOKEN_TO_BE_REPLACED

‘Neurodiversity’ is a relatively new term that refers to people who have dyslexia, autism, ADHD, dyspraxia and other neurological conditions. These are ‘spectrum’ conditions, with a wide range of characteristics, but which nevertheless share some common features in terms of how people learn and process information.

On April 26, 2018, the Centers for Disease Control and Prevention (CDC) released new data on the prevalence of autism in the United States. The incidence of autism in the United States is now 1 in 37 among boys and 1 in 151 among girls. Many people with these disorders have higher-than-average abilities; research shows that some conditions, including autism and dyslexia, can bestow valuable skills in pattern recognition, memory, or mathematics. Yet those affected often struggle to fit the profiles sought by prospective employers. END_OF_DOCUMENT_TOKEN_TO_BE_REPLACED

Your role as a leader or influencer is to figure out what your company needs and what employees want and find a match. Take a deep look because providing those learning opportunities that speak to your audience will be the biggest predictor of money well spent. END_OF_DOCUMENT_TOKEN_TO_BE_REPLACED

Bill and Melinda Gates have been married for 25 years and have three children. They met at work. So too did Michelle and Barak Obama when she was supervising him as one of the firm’s new summer associates, from Harvard law.

Most of us spend more hours of our day at work than anywhere else, so it’s not surprising that romantic relationships develop. Namely HR Systems, found 41% of employees said they’d engaged in an intimate relationship with someone at work, whether a peer, manager or someone in the C-suite. 5% of employees said they’d had a relationship with their boss. Millennials were more likely than those from other generations to have had romances with bosses. END_OF_DOCUMENT_TOKEN_TO_BE_REPLACED