Each year, the Peoplescape team talks with hundreds of  organizations and business leaders looking for the best training for their employees. When it comes to  preventing bad behavior in the workplace, (harassment trainings) there are so many out there – how do you  know what to look for? As Anti-Harassment and Sensitivity Training experts here are 5 training features, we suggest using to pick the best fit for your company:

END_OF_DOCUMENT_TOKEN_TO_BE_REPLACED This blog is part four in a series discussing the human factor of Agile organizations. Earlier we discussed Hiring for Agile and Managing Performance. Here, we discuss the role of the Leader in Agile teams.

Agile organizations empower employees to take decisions on their own, in collaboration with their team members. What then, is the role of a leader and how can they be most effective? END_OF_DOCUMENT_TOKEN_TO_BE_REPLACED

Your role as a leader or influencer is to figure out what your company needs and what employees want and find a match. Take a deep look because providing those learning opportunities that speak to your audience will be the biggest predictor of money well spent. END_OF_DOCUMENT_TOKEN_TO_BE_REPLACED

Learning and development opportunities are something that employees love. In fact, millennials as a whole are continually providing feedback that training and growth potential are two huge factors in retention for this unique group within today’s workforce. Unfortunately, many companies simply do not have the manpower or the internal structure in place to allow for mentorships (the benefits of which we talked about on the blog here: https://peoplescapehr.com/mentorship-future-work/). In today’s workplace, you’ll often see an “all hands on deck” mentality at play – everybody pitches in to meet deadlines, satisfy customer demands, and show their value as a team player. But what is being lost when learning and development opportunities are pushed to the sidelines on the field of priorities? END_OF_DOCUMENT_TOKEN_TO_BE_REPLACED 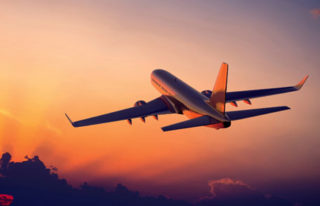 At least one day per year, as required by the FAA, pilots and aviation crew attend training focused on lessons learned from accident reports, how to respond to emergencies, briefings on changing federal and company regulations and how to resolve or diffuse customer relations conflicts. Given the rapid pace of issues the aviation industry is faced with, one day per year is not sufficient but a mere single step in a multi-stage recurrent training program aimed at winning over the public’s trust and engendering their loyalty. After all, moving over 1.7 million people per day in planes up in the air must be taken very seriously. END_OF_DOCUMENT_TOKEN_TO_BE_REPLACED

Human Resource professionals know there are challenges in the workplace when it comes to employee mental health and the impact on absenteeism, productivity, employee relations, company culture and risk management. What can HR leaders do to identify when mental health issues need to be addressed and how do they take positive action to move forward? Peoplescape is proud to have hosted an important training workshop in March 2017, co-sponsored by the Wellness Works and Each Mind Matters organizations, designed to provide in-house HR professionals with practical skills and training resources on END_OF_DOCUMENT_TOKEN_TO_BE_REPLACED 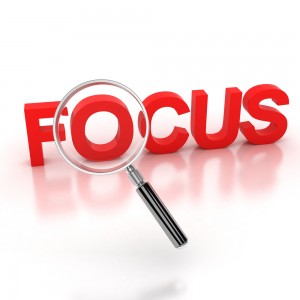 “We look for candidates with a solid foundation of soft skills and trust so that the rest can be built upon it.”

What skills are most important for your success in 2017? Caroline Beaton, contributor for Business Insider, recently interviewed more than 100 HR managers, recruiters and CEO’s and found that soft skills outweigh technology skills coming into 2017. Beaton found that these four skills are the most sought after when leaders are looking for new stars in their organization.

END_OF_DOCUMENT_TOKEN_TO_BE_REPLACED

It’s coming! #GreatShakeOut is happening on October 20, 2016 across the state of #California. This is a great way to promote #emergencypreparedness at work, and at home. For more details on this event, check out: http://www.shakeout.org/california/.

In 2015, we had 10.4 million participants. Why is this such a big deal for Californians? You know your out of town visitors are always concerned about earthquakes because it’s something new and different. For those of us who have lived through countless earthquakes, what does this day mean? I think the larger significance here, aside from being prepared for “The Big One” we’ve all been hearing about and waiting for year after year, it’s about being aware of your surroundings and knowing how to respond in a natural disaster situation. END_OF_DOCUMENT_TOKEN_TO_BE_REPLACED 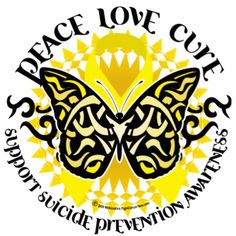 If you are on social media, you’ve seen the hashtags this past week about #WSPD16 and #IKeptLiving in support of World Suicide Prevention Day on September 10, 2016. The month of September is Suicide Prevention Month, and many of us have been affected by suicide on a personal level in one way or another. As we join together on Twitter and Instagram and Facebook, Peoplescape would like to be a part of this movement in sharing our stories and promoting health and wellness across the world, including suicide prevention in the workplace. Here, we will point out some tips and tools that you can use in your organization to make sure that your employees are informed, supported, and educated on this tough subject. According to Christopher Munch, creator of the Suicide Prevention App noted below, “Often times when an individual is experiencing a mental health crisis, people within that individual’s immediate support network are ill-prepared to ask the right questions about self-harm and suicide. The Suicide Prevention App (SPA) is a free tool that educates anyone and everyone how to ask the right questions about self-harm and suicide, and respond to the answers to those questions.” We want to equip companies across the globe with the tools to assist their employees as needed, even with these very sensitive issues. END_OF_DOCUMENT_TOKEN_TO_BE_REPLACED

By: Guest Writer
First Things First: Survival Tips for an Active Shooter Scenario in the Workplace

As kids of the 20th century, there were certain “Golden Rules” that were engrained in us from a very early age; like “Stop, Drop and Roll” and “Don’t get into cars with strangers.” In today’s climate, there’s a new one to add to the list: “Run, Hide, Fight.” The scary reality is that the U.S. averages 20 mass shootings a year and since 2006, the United States has averaged an active shooter event with four or more deaths every 2.9 months. How a person responds in the event of gun violence could affect their ability to survive. Just like fire drills, you need to have a plan in place should an active shooter situation arises in your workplace (or elsewhere).

So what does “Run. Hide. Fight” actually mean? This mantra gives us a list of responses to utilize, and the best order to take should you be faced with an active shooter incident. END_OF_DOCUMENT_TOKEN_TO_BE_REPLACED