Blog
You are here: Home1 / Blog2 / Blogs3 / What do the Proposed New Overtime Rules Mean?

It’s been talked about in the news a lot lately. The Labor Department has made recommendations to raise the threshold on the salary rate that would makes employees exempt from being paid overtime under the Fair Labor Standards Act (FLSA).

Currently under the FLSA, employers are not generally required to pay employees overtime premiums (time and a half) if they earn more than $23,660 per year. (NOTE: In California the Minimum Wage is higher than the federal rate) The proposed change is to raise that threshold to $50,440 per year. This plan also proposes raising the rate each year to follow inflation amounts and ensure salary rates do not fall below the cost of living again. What’s worse? This change could happen as early as 2016! That means an estimated 4.9 million white-collar, salaried workers would become overtime eligible NEXT YEAR! 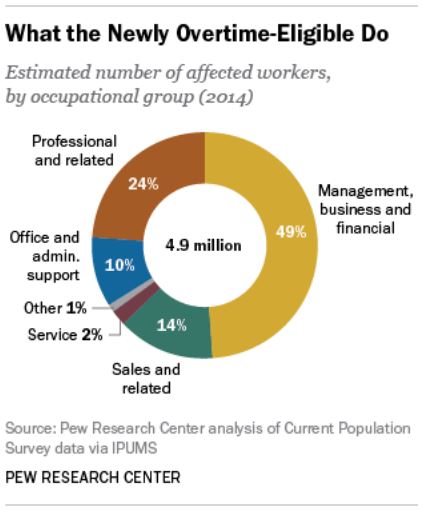 So what are employers going to do? Some suggestions have been to make several of the employees affected hourly employees. While this is a practical response, the blow to morale and engagement could be devastating. Whether we want it to be or not, some individuals view salary as a “status thing”, so making employees hourly again could feel like a step backward to them. It will also be a stretch for employers to suddenly raise everyone’s salary to above the proposed threshold.

This proposed policy was put up for public comments and has since closed. Now employers anxiously await the ruling on these proposed new rules.

Stay Tuned! When there’s an update, we’ll share with you!!!

It’s Not Just Customers. Employees are Reviewing Your Company, Too!