Blog
You are here: Home1 / Blog2 / Blogs3 / How Will President Trump Change Up the Business World? 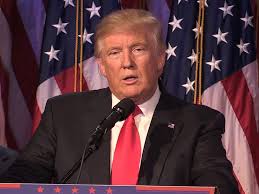 We can’t say anyone was surprised by the government hiring freeze instituted by President Trump on Monday, January 23, 2017. Donald J. Trump is the first U.S. President to go straight from the CEO chair into the Oval Office without having any military or political experience. As our 45th President takes his place as Commander-in-Chief of the United States of America, there are several things for business leaders to keep an eye on, and a few that we want to point out to our blog readers as we all anticipate changes in the coming months.

Although not an inclusive list of all the changes we have already seen and are coming down the pike, we will keep an eye on the legislation, executive orders, and Presidential stance on issues affecting our clients, colleagues, and friends in business. As human resources professionals, we aim to provide you with the best information, free from bias (at least as much as is humanly possible with some of the highly provocative topics we’ve touched on in the past and will feature in the future). Of course, that being said, we are a consulting firm that values equality and freedom, while seeking to provide our clients with best practices, helpful tips and hints, industry topics of interest, and guidance when needed. We appreciate all of our blog readers, and hope that your businesses continue to thrive!

4 Skills You Need in 2017 to Succeed
Scroll to top