Blog
You are here: Home1 / Blog2 / Blogs3 / The Unknowns Have Arrived! 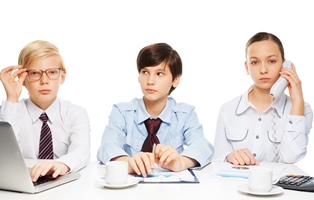 “Millennials are the world-wide phenomenon that dominates social media feeds, branding initiatives, and the corporate world. We’re all obsessed with what millennials are, were, and could be. Meanwhile, unknowns made up 25% of the U.S. population in 2015, a larger cohort than boomers or millennials.” – Isvari Mohan, LinkedIn contributing author

When bloggers write about generations, chances are good we are talking about the millennials (those roughly born between early 1980s – mid 1990s). There has been a good deal of discussion about how millennials work in the current structure of the workplace amongst the remaining members of the Silent Generation as well as the large number of Baby Boomers and Generation Y’ers in the workforce today. But now, we are looking at a whole new crop of workers entering the adult world – yep, the millennials aren’t the newest kids on the block anymore. Welcome the unknowns! If you are younger than 20 years old in the year 2016, you are actually not a millennial according to the newest generation studies, as shared by Isvari Mohan in a recent article on LinkedIn. You’re actually an unknown, or a post-millennial, or a member of Generation Z or the iGeneration or plural…the majority hasn’t quite decided yet on the name that’s going to stick for this new crew.

Of course, the unknowns (my favorite moniker for this new generation) have many similarities to the millennials – from their tech-savviness to arguable self-obsession and creative, out-of-the-box thinking, millennials and unknowns are not markedly different to the eyes of their older Baby Boomer and Generation X parents. But they are sure to make a new mark on the workforce, as they are similar to the Silent Generation in that the unknowns are too young to remember a world without problems or the ideal economy and power of America in the 1990s. According to Mohan, “All we know is growing up in a world plagued by economic crashes, failed wars, and an obsession with terrorism. According to the marketing firm Frank N. Magid, we are the least likely to believe that there is such a thing as the American dream.” How depressing is that?

College and debt are too huge factors looming over the heads’ of these young unknowns. According to a 2013 survey by Ameritrade, almost half (46% to be exact) of the unknowns are concerned about student debt, and over a third (36%) are worried that they won’t be able to afford college at all. This is such a sad and alarming statistic for someone in the millennial generation such as myself who was afforded the opportunity to go to college with very little debt and a post-graduate degree which has served me well both in the workforce and in understanding culture and the way the world works. As a big believer in education, it is hard to imagine an American dream that does not involve the chance to attend college and pursue your educational goals for this new generation.

Enough of the bad news…let’s take a look at the positive attributes that the unknowns will bring to the table. Technology is not just a cool new idea (like it is for some of the older millennials) it is life for the unknowns. This new generation does not know life without technology. YouTube and Instagram and Snapchat are all normal and everyday, not anything innovative or new. Unknowns are also quite tolerant, forward-thinking, global and diverse. They grew up in nontraditional households, with biracial families, and in a world where same-sex marriage is legally recognized. The unknowns are also the last American generation to be majority Caucasian. This is a huge game-changer not only socially, but across political lines, economic lines, and so much more. The majority rules ideology may change quite a bit with the lack of an actual majority in many workplaces around the nation.

The downside of the technology know-how of this generation is that they have short attention spans, and approximately 11% of these young people have been diagnosed with ADHD, which is no surprise considering the immediacy and instant gratification with which they do life. Unknowns also appear to be more realistic than millennials in terms of money and technology, and are more independent and entrepreneurial. In fact, many of the unknowns studied in various surveys over the past few years have stated that they value friendships, fulfillment in their jobs, and independence (they want to move out of their parents’ house a whole lot sooner than the seemingly less-inspired younger half of the millennial generation). These kids are the offspring of Generation X parents, many of whom possibly adopted the “helicopter parent” approach. In other words, their parenting strategy consisted of reminding the kids that they weren’t really all that special in a world of seven billion people, and encourage them to stay healthy, work hard, and do something with their lives. Instead of trying to be their friends, parents of the unknowns most often acted as parents and coaches – guiding but not spoiling.

Of course, all of this is new information, and some of this generation we speak of when discussing the unknowns are actually still in daycare. So much remains to be seen of what they will be, how they will fit into the larger picture of the workforce, and what impact they will have on the world as a whole. Studying the generational differences in our organizations is important to the ongoing success of companies understanding their employees and organizing teams and departments to ensure the most efficiency and productivity, while learning about peers and becoming more tolerant and accepting of everyone around us.

Final Overtime Ruling: How Does It Affect Your Business?

Bring Your Own Device to Work? Party Foul or Best Idea Ever?
Scroll to top